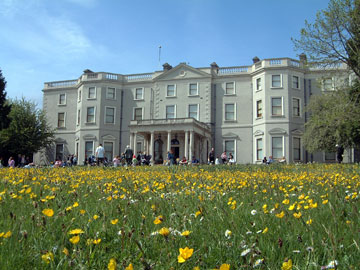 ‘Hanami’, or flower viewing, is the centuries old Japanese custom of families and groups all over Japan coming together to enjoy springtime viewing of the beautiful ‘Sakura’, or cherry blossoms. This is the sixth time for the Japanese community in Ireland to celebrate ‘Hanami’ and the ‘Sakura’ in the beautiful gardens of Farmleigh House and Estate in Dublin’s Phoenix Park with the people of Dublin and Ireland.

Ireland’s ‘Hanami’ takes place this year between 12.00 and 16.00 on Sunday, 12 April 2015. All media are kindly invited to visit Farmleigh to get photos and videos of dignitaries and the main performances. Highlights are as follows (times may vary):

12.15 – “Fusion of Japanese and Irish music” with Sean Whelan and Philip Horan

Detailed information on the programme is available in the attached List of Events.  Media are requested to include the following captions when using any of the attached photographs:

Mr Chihiro Atsumi, Ambassador of Japan said, “It gives me great pleasure that Experience Japan is now in its sixth year of existence. It has grown into the largest regular annual event celebrating Japanese culture in Ireland”, and continued, “Ireland and Japan enjoy very close political and economic ties, but our cultural links are equally important. For evidence of this, you only have to see how Experience Japan has expanded every year, with the help and support of everyone with an interest in Japan. I very much hope that our two countries will continue to grow closer this year too”.

Experience Japan is run with the support of the Office of Public Works in Farmleigh, Dublin City Council (DCC), the Chester Beatty Library (CBL), Dublin City University (DCU), University College Dublin (UCD) and the Embassy of Japan in Ireland. Its sponsors include the Ireland Japan Association (IJA) and the Japan Business Society in Ireland.

For latest information see below: