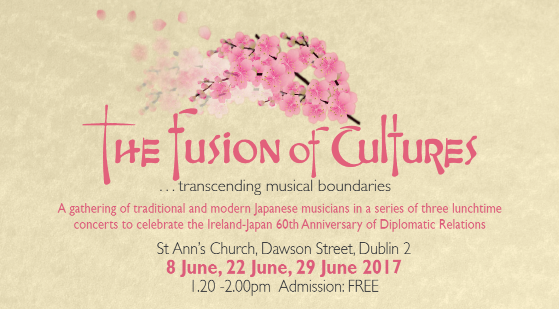 Concerts are being part of the celebrations for Ireland – Japan 60th Anniversary of diplomatic relations.

Date: 8th June | 22nd June | 29th June, 2017
Time: All recitals star at 1.20pm
Entrance: All concerts are open to the public with donations welcomed at the end of the recital.