We are delighted to invite you to an online book launch for ‘Black Dragonfly’ by Jean Pasley on Thursday, 22nd April at 7 p.m. via Zoom.

Jean will discuss inspirations behind her debut novel ‘Black Dragonfly’ based on the remarkable experiences of the Irish writer Lafcadio Hearn, and will read an extract from her new book.

Date: Thursday, 22 April 2021
Time: 7-8 PM
Registration: This online event is free of charge and open to the IJA members and non members. Prior registration is required by Tuesday, 20th April via email: info@ija.ie. Zoom login details will be sent to all registered participants before the event. 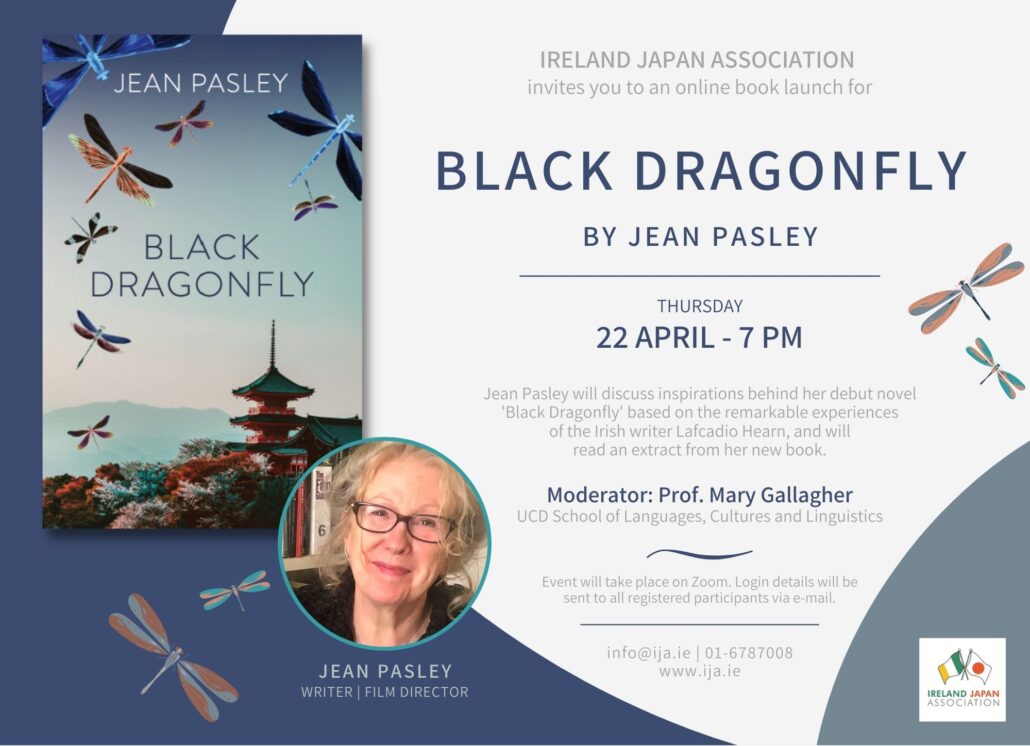