We are delighted to support UCD Japan Fair 2022 this year and invite you to an online webinar ‘Mediatization of Japanese Politics: the changing nature of political communication’.

The book deals with the era of television penetration in Japan. Political communication shifted from being dominated by organisations, such as political parties, agricultural associations or trade unions, to mass media, with television playing a significant role. 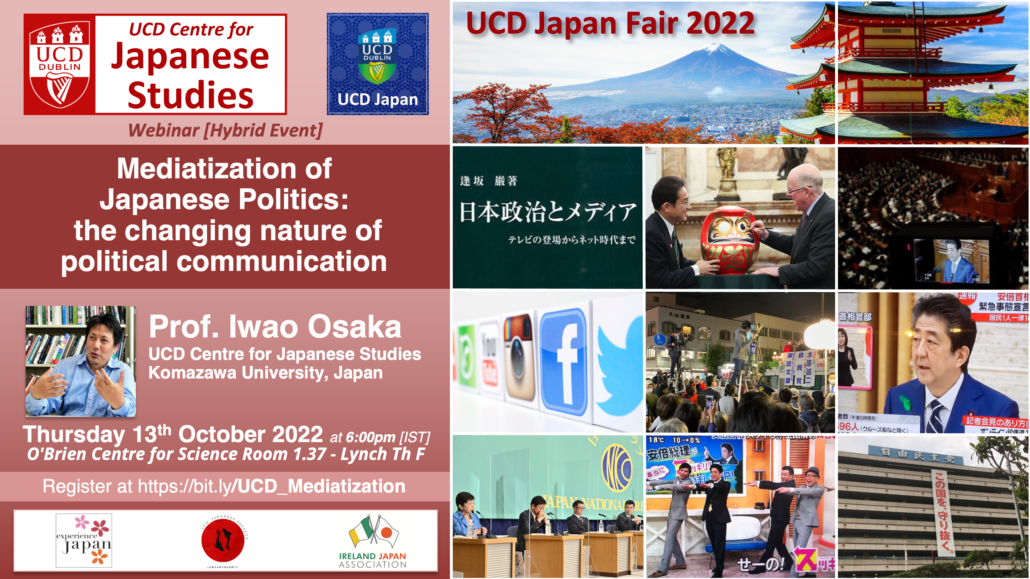 Prof. Osaka is Associate Professor in Japanese politics at the Department of Political Science, Faculty of Law, Komazawa University, Tokyo and the Director of the Komazawa University Institute for Journalism and Policy Studies. [see]

He specialises in political communication, and his research is concerned with how political parties and elected officials communicated with the general public in the post-World War II era after Japan became a democratic country with a parliamentary cabinet system enshrined in its new constitution.

He published a book on the changing nature of political communication in Japan from the 1950s to the 2000s, entitled Japanese Politics and the Media (⽇本政治とメディア). It was published by prestigious Chūō Kōron, Tokyo, 2014.

For more information and to register: https://bit.ly/UCD_Mediatization